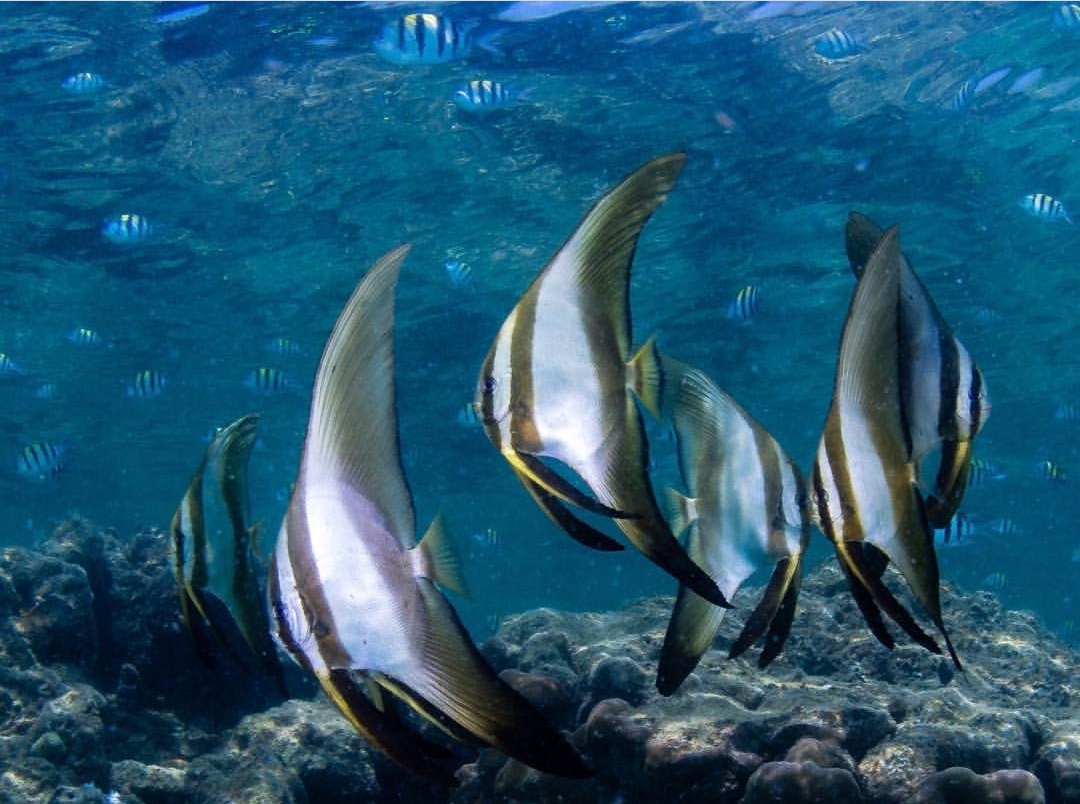 #Ocean Love: Book of the Month – What a Fish Knows, Jonathan Balcombe

What a Fish Knows: The Inner Lives of Our Underwater Cousins

To me, diving at the same dive site over and over is never boring. It feels like going to hang out at a friend’s house. There is pleasure in seeing them again and there is comfort in knowing all your favourite things about their place are still there.

I have a close friend at Dixon’s Pinnacle, here in Havelock; a cute and curious circular batfish (Platax orbicularis).  When I dive Dixon’s, typically the first thing I see is a 10 meter tall wall of batfish gingerly fighting the current. And nearly every time, there will be that one batfish that peals away from the school and swims over to where I am. Swimming barely a meter away, this batfish accompanies us to the second pinnacle, and waits patiently while we look at the big-eyes hovering behind the third pinnacle. She (or he) even ascends with us to the top of the first pinnacle towards the end of the dive while we look for juvenile emperor angelfish.

The probability of this happening is so high that I can confidently brief my divers about the batfish and sure enough, there my buddy will be!  I have grown attached to this batfish and find it especially comforting when she (or he) accompanies me until the mooring line at the end of the dive, even though it is a good 30 meter swim into the blue that my batfish buddy must swim back to the pinnacles, alone. 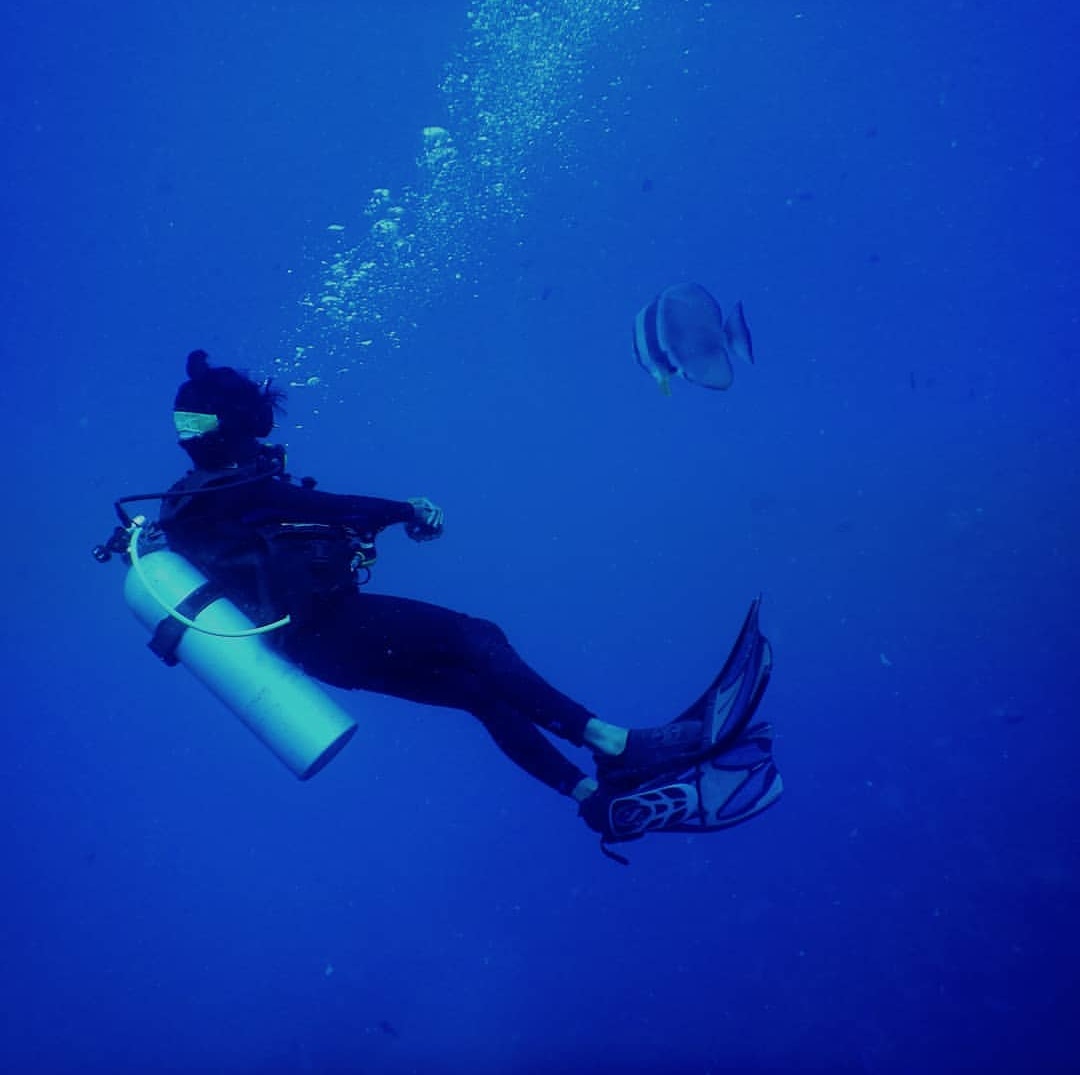 My buddy and I say our goodbyes at the end of a dive at Dixon’s Pinnacle.Picture credit: Mayank Singh

I have not been diving for very long, but it did not take me much time to realise that while it is very difficult to tell individual fishes of a species apart , there is no doubt that every individual is different. Fishes, much like us, have different personalities and temperaments, which may be a sum of their life’s experiences. Although there is a lot that we now know about the lives of fish, there is so much more we are yet to understand about them.

The batfish at Dixon’s and several other underwater friends (and enemies) I have made around Havelock have got my mind constantly churning up questions about what they are doing, what they perceive, feel and think! And as though the forces knew exactly what was going on in my mind, the universe dropped a fabulous book into my lap (alright, read: kindle).

‘What a Fish Knows: The Inner Lives of Our Underwater Cousins’ is an eye-opening and mind-boggling account of fish lives that ethologist Jonathan Balcombe uses to make a strong case for fishes as being sentient beings and not merely animals to be caught or consumed. Balcombe bases his argument on decades of science and numerous anecdotal stories, told in a way that really draws you in. While you may or may not agree with some of his interpretations, the facts and observations he states are real. 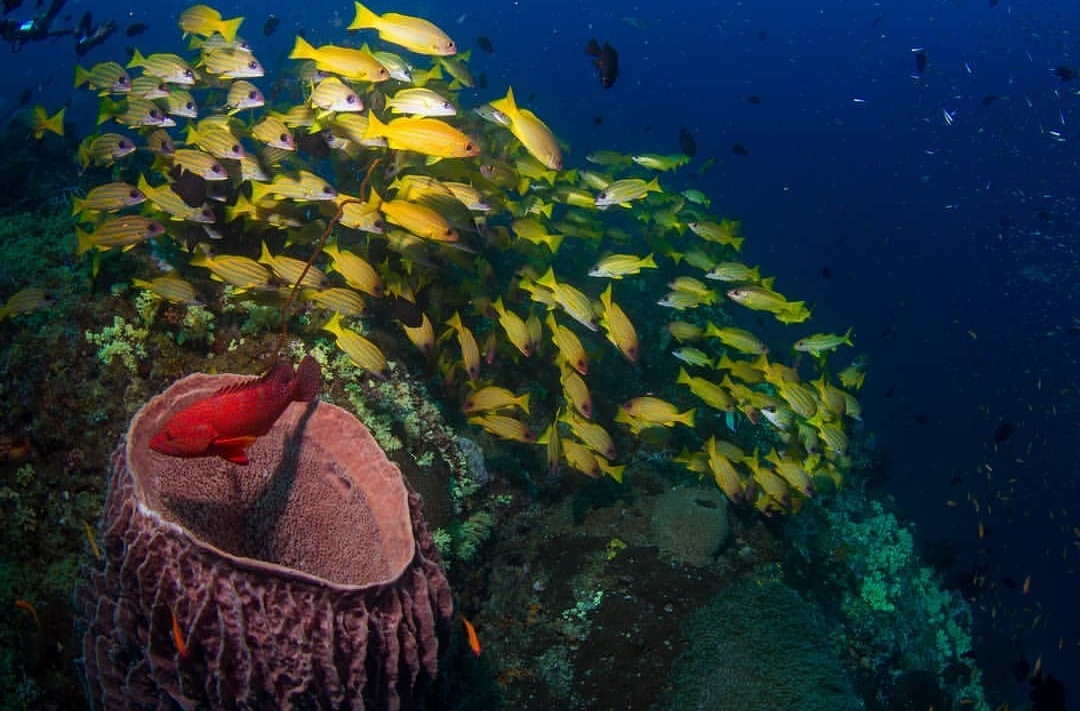 Fish swimming in schools are not an arbitrary group of fish moving in arbitrary directions. They have leaders, informants, and navigation-communication systems. They have culture.

This book comes at a time when fish populations are steadily crashing across the globe. It is taking destructive and wasteful fishing practices to meet the ever increasing demand from the seafood market, the live pet trade, traditional medicine, aphrodisiacs, you name it! There is a need, now more than ever, to talk about fish, as individuals whose lives have intrinsic value and not just commodities that measure in kilograms, pounds or tonnes.

To begin with, we hear very often that we ‘evolved from fish’.  There is significant scientific evidence to show that we are descendants of fish and fossils of the first fishes dates back to 530 million years ago. Today they make up 60% of all vertebrate animals on earth. They have had plenty of time to adapt, evolve and diversify extraordinarily; just, not within our view.

We may never truly know what it is that fish perceive, but we are able to figure out the mind blowing extent to which their sensory abilities have evolved – vision, speech, hearing, taste and touch. Balcombe spends time on each of these and several ‘sixth senses’ including navigation using lateral lines, ultraviolet code language and hunting with electroreception!

Fish can think, calculate and memorise. The ‘three second goldfish memory’ is now a thing of the past. Wouldn’t you agree that a three second memory would be frighteningly painful for a manta ray that plans to travel between specific seamounts in search of plankton blooms and then go back each year for a routine clean at the exact same cleaning station, on exactly the same corner, of the exact same coral reef? 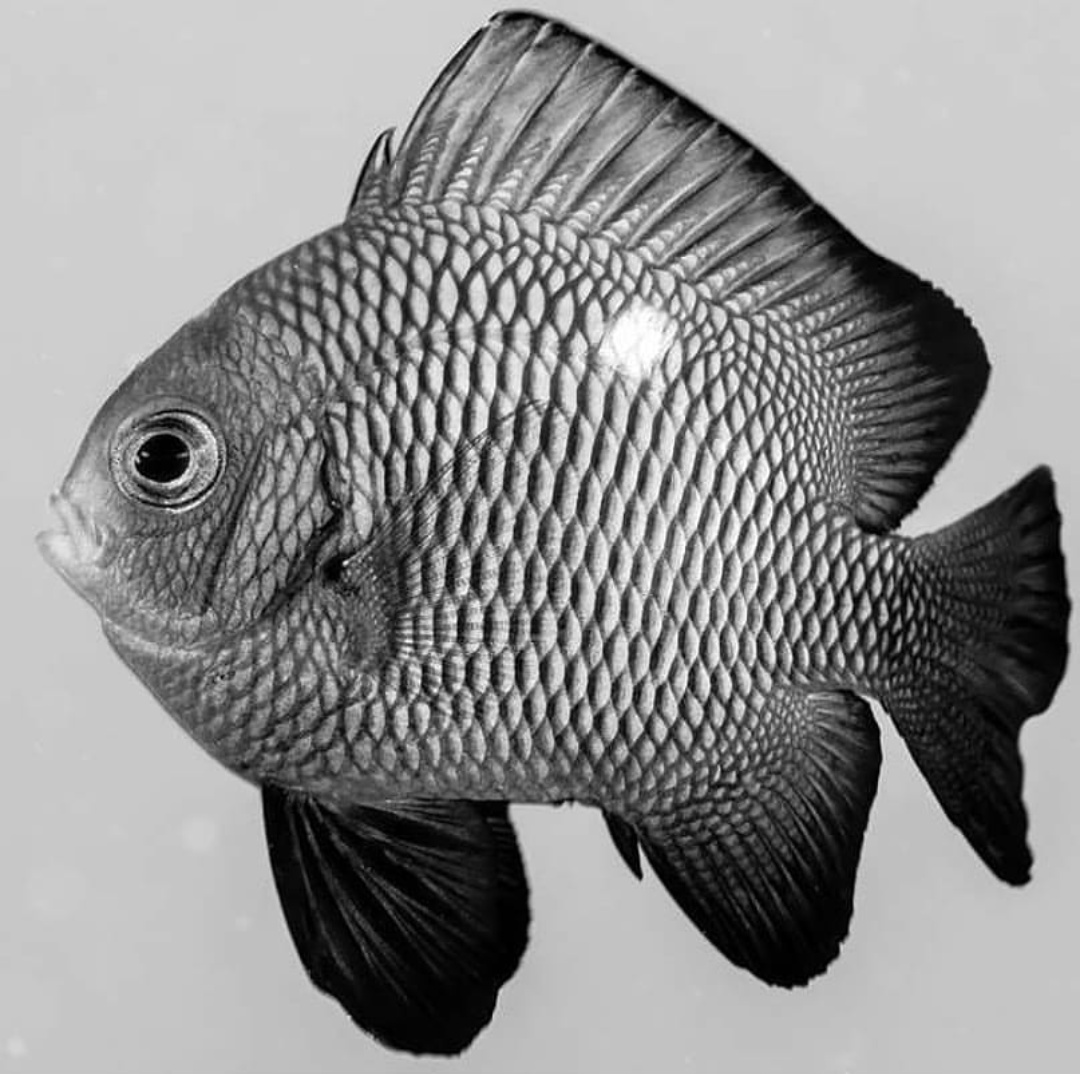 The most interesting part of this book (and you can tell while reading it), is also probably what Balcombe holds closest to his heart. Going beyond the senses, beyond just cognition, he asks- do fish have feelings? Do they have beliefs?

Through studies and stories that are amusing, sad, and hilarious and awe inspiring all at once, we see how fish can have feelings that range from stress to joy. They can appreciate the warmth of the sun in the same way we do after a cold rainy day. A visit to a cleaning station relieves their stress the same way a good massage does ours. They can be inquisitive, deceptive, empathic and playful. Fish have culture, traits that are not innate and need to be learned through the course of their lives.

It makes you wonder why it has taken us so long to acknowledge that fish are not just instinctive but are also intelligent too. Is it because we just have not spent enough time with them? Is it because their faces are not as expressive as other animals that we relate to, like primates? Speaking of primates and how intelligence is contextual, a quote by Albert Einstein comes to mind. “Everybody is a Genius. But if you judge a fish by its ability to climb a tree, it will live its whole life believing that it is stupid.” 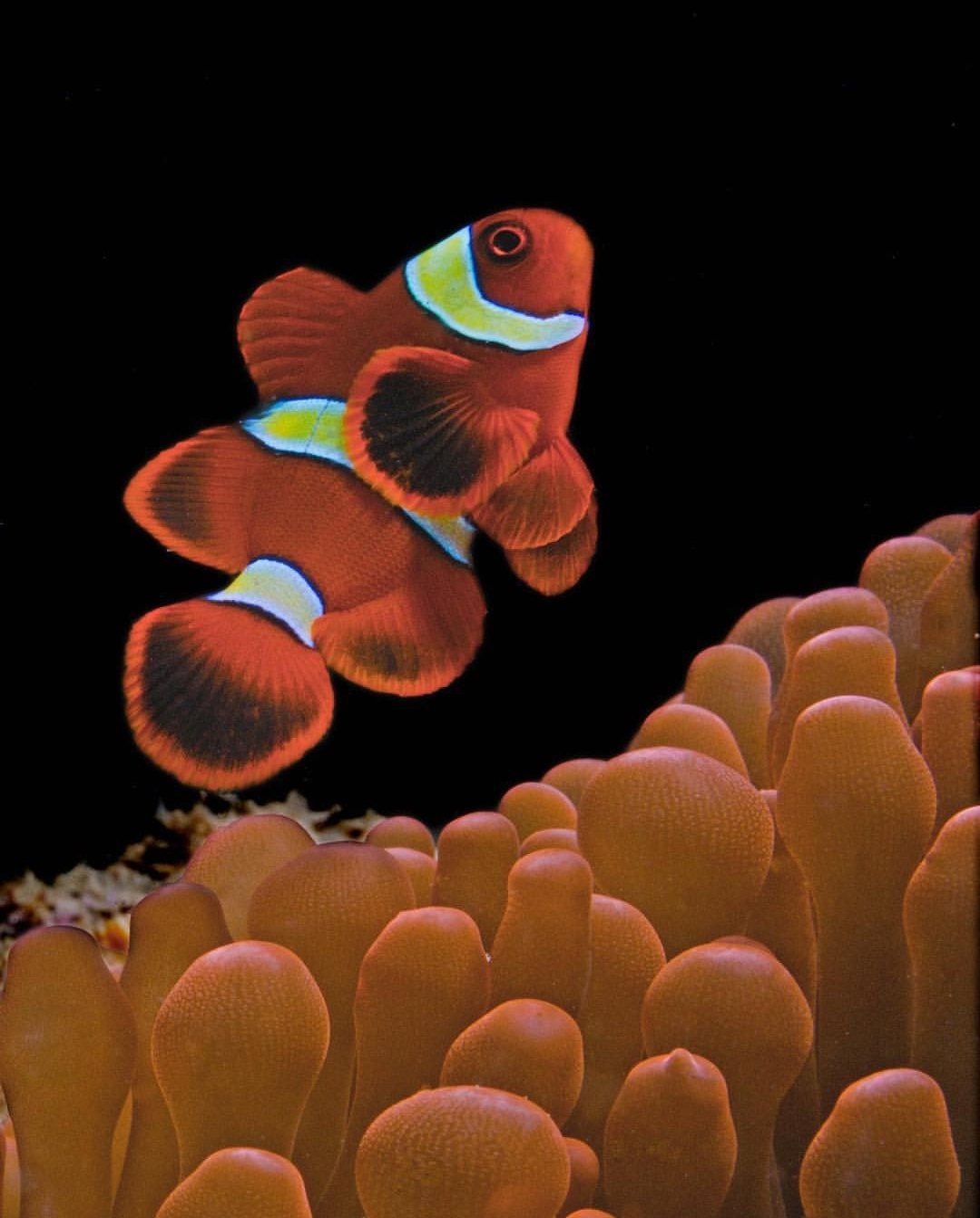 “You don’t need to have fur and feather to have a personality. Scales and fins will suffice.” – Jonathan Balcombe

In conclusion, this is a really fun book but also pertinent given the current state of affairs where fishes in our oceans and rivers are concerned. We have learned fish behaviour enough to know how and when to detect and catch them using sophisticated technology and yet we fail to use this same knowledge to stop decimating their populations and ecosystems.

Try spending about five minutes on your next dive observing a cleaning station. The interaction between cleaners and clients on a reef alone tells so much about their social systems and will show you that “fish aren’t just alive, they have lives”!

In the meantime, after having read this book, I look forward to heading back to Dixon’s to meet my buddy the batfish again. Do you think that they know that we know what they know? 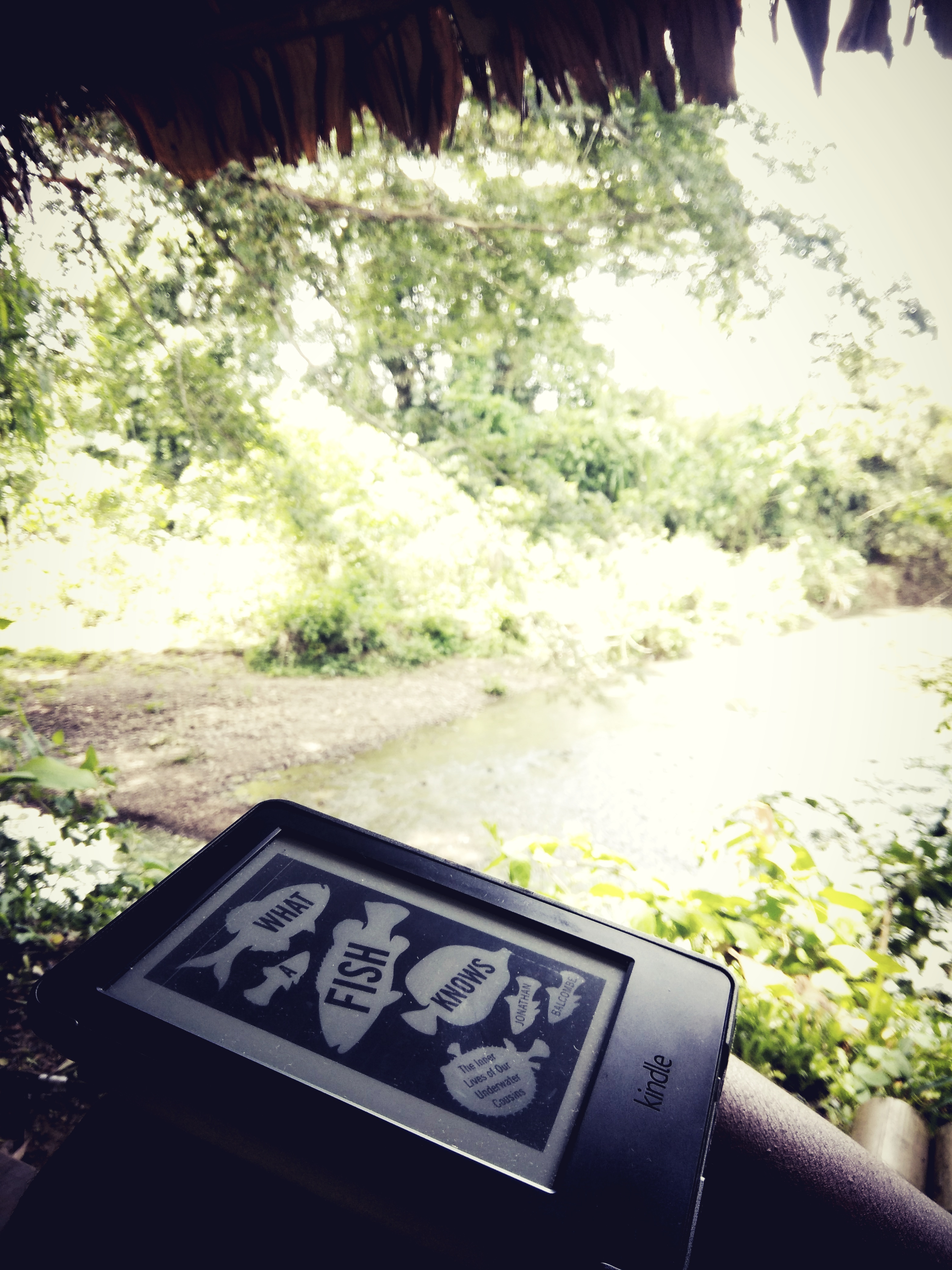 What a Fish Knows is easily available online, in paperback and kindle versions!

Book of the monthoceanloveReviewWhat a fish knows